Could the Cost of Geothermal Compete with Air Source Heat Pumps? 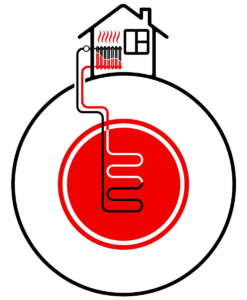 Despite sometimes being overlooked in favor of their more prevalent air-source counterparts, geothermal (also known as ground-source) heat pumps are one of the most efficient and environmentally friendly technologies for providing space heating and cooling. Geothermal heat pumps can provide efficient space conditioning by using the ground as a medium of heat exchange, which maintains a constant temperature relative to air, allowing for a greater rate of energy transfer.

In spite of their clear efficiency benefits, geothermal systems are less commonly used for residential applications, owing to the high investment costs associated with installation. However, recent developments in technology have opened avenues for geothermal heat pumps to effectively compete with other HVAC technologies.

Dandelion Energy, a New York-based startup, is at the forefront of making geothermal heat pumps more affordable by directing their efforts towards reducing installation costs. Given that drilling accounts for nearly 65% of the total system cost, it represents a great opportunity for technological innovation. Driven by those principles, Dandelion Energy developed a custom drilling machine that uses a vibrating head which makes the ground easier to cut through and stores all the waste within the machine. Kathy Hannun, co-founder of Dandelion explains, “our drill is specifically designed for the residential geothermal use case. It’s much faster at putting in loops. It creates a lot less disturbance in the yard. And because it’s faster, you don’t have to pay for as much remediation for the yard and [garden] spoils removal.” Additionally, Dandelion also plans to automate the drilling process, which requires less people to work on-site. The combination of these measures is estimated to cut installation times by half and make the process significantly cheaper for residential applications.

However, technological developments are not the only way geothermal heating can become more accessible to residential consumers. Community geothermal systems have gained traction in recent years, with Eversource planning to invest $10 million to construct a ‘GeoMicroDistrict’ in Massachusetts. Connecting multiple customers allows the project to further increase efficiencies, with participating homes estimated to pay as little as $20 a month for access to heating. If the pilot proves to be successful, it could revolutionize the implementation of geothermal heat pumps in Massachusetts.