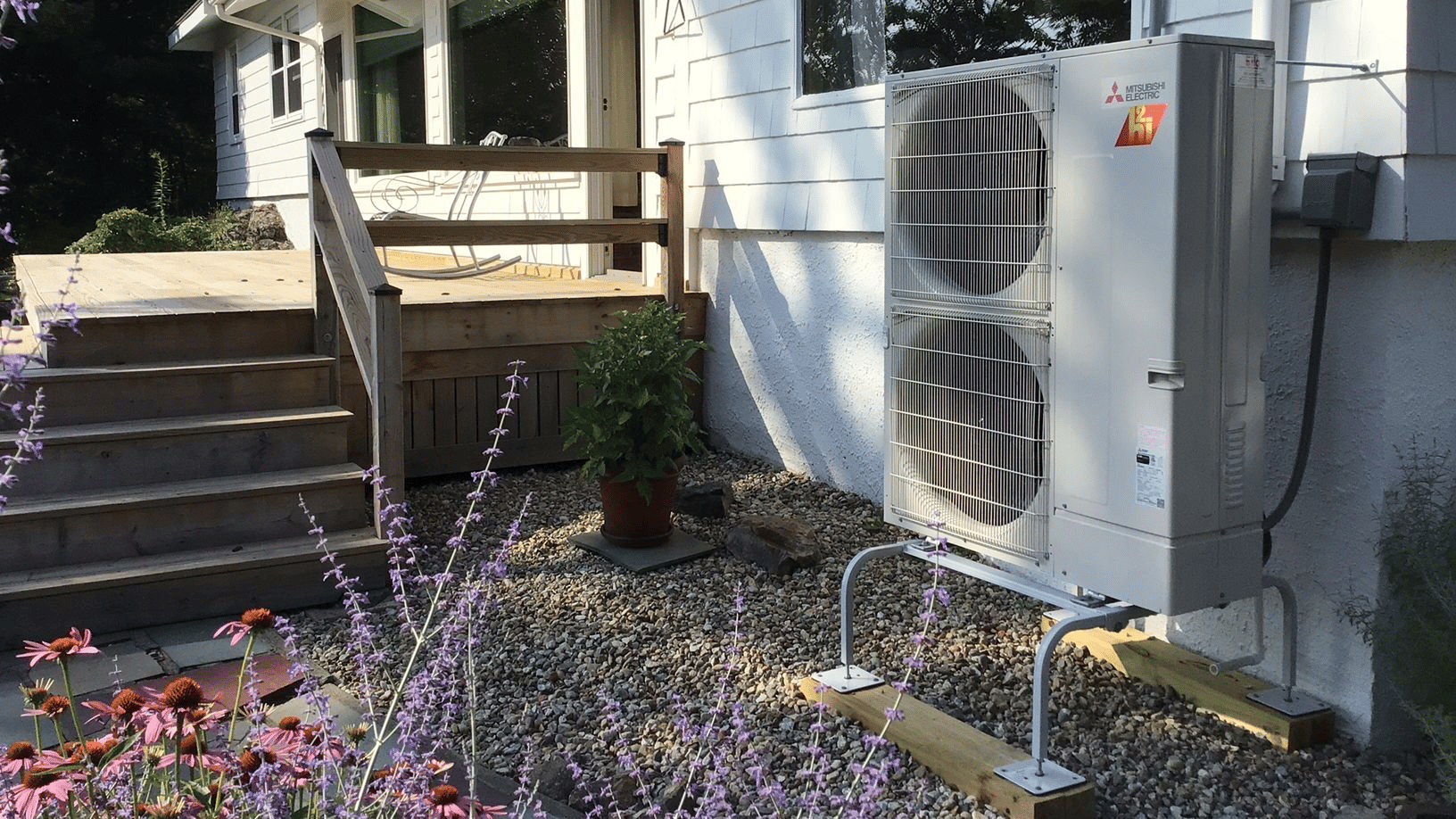 Making the decision to change the type of a home’s heating system is consequential, as it impacts the energy usage and carbon footprint of the home. As a result, most homeowners like to take their time weighing their options and ensuring they make the right decision for their residence. However, Jon and Nancy from Wakefield found themselves without the luxury of time when their existing heating system broke down in the winter of 2020 with only a wood pellet stove as a backup.

Jon and Nancy’s previous heating system was an oil-powered radiant floor heating system that dated back several decades. When a pipe started leaking, they were informed that their system could no longer be repaired and that they were better off installing a new system. Initially, they planned on simply replacing their oil heating system with a more efficient one, but discovered that doing so would be costly as they would have had to replace their existing oil tank and ensure that the oil line to their home was up to code. When reaching out to several contractors to get quotes, they were surprised that none recommended heat pumps as a viable solution for their home. Many nudged them in the direction of a propane-heated system, instead. When one of the contractors, Sila, reached out with a proposal for a heat pump system, Jon and Nancy were intrigued.

Jon and Nancy were primarily drawn to heat pumps as a solution due to the associated environmental benefits and the ease of installation relative to other heating systems. After committing to installing heat pumps, Jon and Nancy scheduled a consultation with Abode during which they were able to answer their lingering questions and evaluate quotes. They decided to move forward with Sila as their contractor and really appreciated the fact that Sila would also help them with upgrading their electrical panel and installing an electric water heater, whereas other contractors were unwilling to assist with those changes. While Jon and Nancy were very satisfied with the installation process, they expressed a desire for there to be a greater amount of awareness about heat pumps, which would have helped them make their decision sooner.

Since installing their heat pumps, Jon and Nancy have been very satisfied with them, noting that they are effective at keeping their home at a comfortable temperature and have lowered their heating bills. Since their oil system was installed on the ground floor in a room behind their kitchen, they also appreciate that their heat pumps operate silently and have eliminated the smell of oil that wafted into the kitchen. Their project is a great example of the viability of heat pumps as a whole home solution to replace an aging heating system.