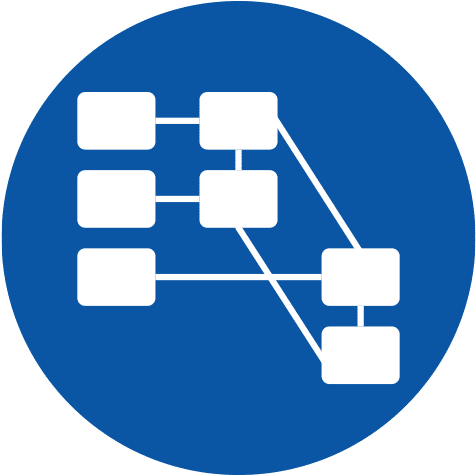 One of the most important factors in an integrated control system is the ‘set point’ or ‘switchover temperature,’ which is essentially the outdoor air temperature at which the backup system is turned on. In most cases, homeowners do not have the ability to change this setting themselves as it is set by the contractor when the control system is installed. The switchover temperature is often set between 30-40°F which is generally the temperature range in which standard heat pump performance drops to a point where it is cheaper to operate the backup system. However, a field of assessment of heat pump systems by the American Council for an Energy-Efficient Economy (ACEEE) shows that setpoints are highly dependent on system size and can commonly be set at levels lower than 30°F. According to the results of the study, the switchover temperature can be set as low as 3°F for 4-ton systems, 14°F for 3-ton systems and 27°F for 2-ton systems. As shown in the figure below, it is possible for heat pumps to operate at high capacities even below the 30°F threshold, which allows the homeowner to take better advantage of the system’s benefits. 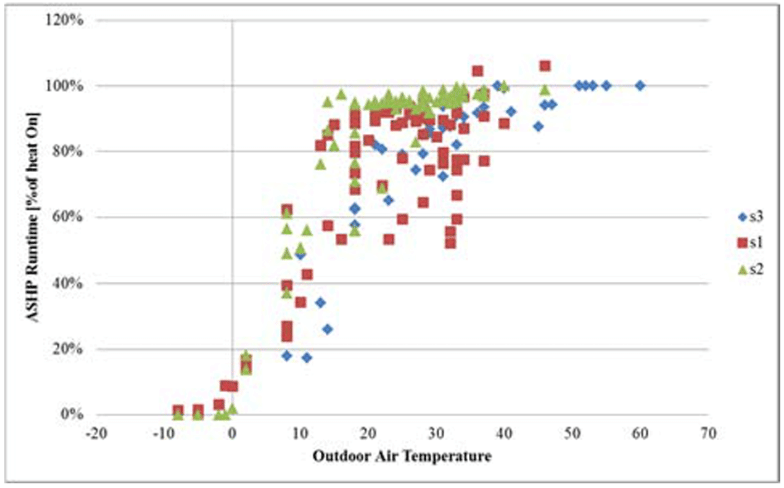 Contractors should also note that not all customers are driven by purely economical factors. More environmentally-conscious customers may prefer to have lower set points to maximize the use of their heat pump and reduce the carbon emissions generated from fossil fuel systems. This makes it equally important to involve homeowners in the discussion when determining a set point.

It is also important to note that integrated control systems are not required for all heat pump systems. The term “cold climate” heat pump refers to systems that are designed to operate in low temperatures without significant capacity drop-offs. If the home has a cold climate heat pump installed to match the entirety of the heating load, there is no added benefit to installing an automation system, which is a consideration that homeowners should be made aware of prior to making any additional changes to their HVAC system.

A prominent issue with these systems is integrating the heat pump and control system with an older backup furnace. This creates two major issues, the first of which is that most backup furnaces are older models without communication capabilities. Secondly, multi-stage variable fans are often required to take advantage of the heat pump system whereas most older furnaces have single-stage fans that cannot meet the requirements of the system. Installers generally recommend that the furnace and heat pump installed are from the same brand, which makes it easier for them to communicate with each other. Air handlers are also a possible solution to the issues posed by multi-stage fans. However, in most cases, the only viable solution is to install a new furnace with communication capabilities and variable ventilation rates. This greatly increases the cost of the system, especially in cases where the pre-existing fossil fuel heating system is not in need of replacement.

Unfortunately, it seems that integrated controls are not a viable solution for most home retrofit projects, mostly because traditional HVAC systems do not possess the technological infrastructure for them to be implemented well. However, for homes where integrated controls can be implemented without the need for additional equipment installations, they are a good solution to reduce energy consumption and generally maximize the potential of heat pump systems. Therefore, it is important for contractors to carefully consider the viability of these systems for homes and design appropriate control strategies when they are being implemented.